Was your last birthday cake chocolate? The rich, sweet taste of chocolate is always popular at parties and on holidays. Once, a little girl had the chicken pox on Valentine’s Day. She scratched with one hand and ate chocolate candy with the other! Chocolate is one of the nicest flavors God created for us to enjoy.

Over a thousand years ago Mayan Indians of Central America harvested cocoa beans. They made a bitter drink called chocolatl from the roasted cocoa beans. Neighboring Aztecs believed drinking chocolate gave a person wisdom and energy.

Only rich people could buy it. The Aztecs used cocoa beans as money, too. Ten cocoa beans bought one rabbit.

Columbus first took cocoa beans to Spain. Later, in 1528, another explorer, Cortez, brought them the chocolate-making tools. The Spanish rulers added sugar and honey to the bitter drink. It was so delicious they refused to share, keeping the recipe a secret for nearly 100 years.

Finally, news about the delicious delight spread across Europe. It reached the New World when James Baker of Massachusetts opened a chocolate business in 1755.

In 1849 the first chocolate bar was made in England. Even later, in 1879, the Swiss added milk, creating milk chocolate. At the same time the Hershey Bar was born in the USA.

Central America was the first producer of cocoa beans, but Africa is the leading producer today. 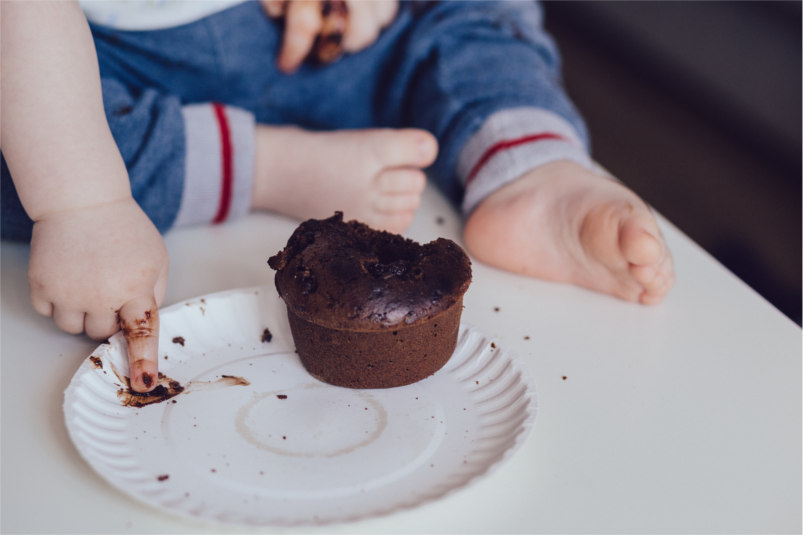 Cocoa beans grow on cacao (kuh-KAY-oh) trees. These trees only grow in rain forests close to the equator. God created cacao trees on the third day of creation (Genesis 1:11, 12). The cacao tree can grow about 60 feet tall but is kept at 15 feet for easier harvesting. Flowers grow on the trunk and thicker branches.

Midges (flies) pollinate the blossoms and the pods begin to grow. Pods ripen in four to five months. One tree produces 20 to 30 pods per year. A nine-inch pod has 20 to 50 dark purple beans surrounded by white pulp.

First, the beans are roasted until they’re a rich brown. Next, the outer shell is removed and the inside is broken into small pieces called nibs. Finally, nibs are heated and ground into smooth paste. The result is cocoa butter and liquid chocolate. These ingredients are mixed with sugar, vanilla and milk to make the melt-in-your-mouth chocolate people crave.

Scientists study the nutritional value of chocolate. There’s some proof that eating it may keep your heart healthy.

Chocolate is a good source of energy. Thirty-five chocolate chips can provide enough food energy for an adult to walk one mile. If you want to walk around the world you would have to eat 875,000 chips!

Warning: too much chocolate can make you sick. But any chocolate is poison for puppies. Keep your chocolate where your dog can’t munch on it.

Chocolate is only one of the many surprises that God created for us to discover. Ecclesiastes 3:11a says, “He has made everything beautiful in its time.” Only God can tuck a delightful flavor like chocolate into a bean in a pod on a tree in the rain forest!