It was a warm summer night but the streets were empty. Inside brightly lit houses every television was on. Parents let their children stay up late. Many families held hands as all eyes focused on their TV screen.

The date was July 20, 1969. The Eagle spacecraft had landed on the moon. American astronaut Neil Armstrong was ready to be the first man to walk on its surface. He backed carefully from the Eagle’s hatch and climbed slowly down the ladder.

Suddenly the picture of Neil’s boot appeared, then his body. Watchers waited, afraid to breathe. Armstrong pressed his boot into the moon dust and said, “That’s one small step for man, one giant leap for mankind.”

People have always been curious about our nearest neighbor in space. Exploring the moon is one way to learn about it. But the Bible tells us the most important information.

Genesis 1:14-19 tells us God created lights in the sky on the fourth day of creation. The sun was created to light the day and the moon to light the night. The sun is a star that gives off light, but how does the moon give light? 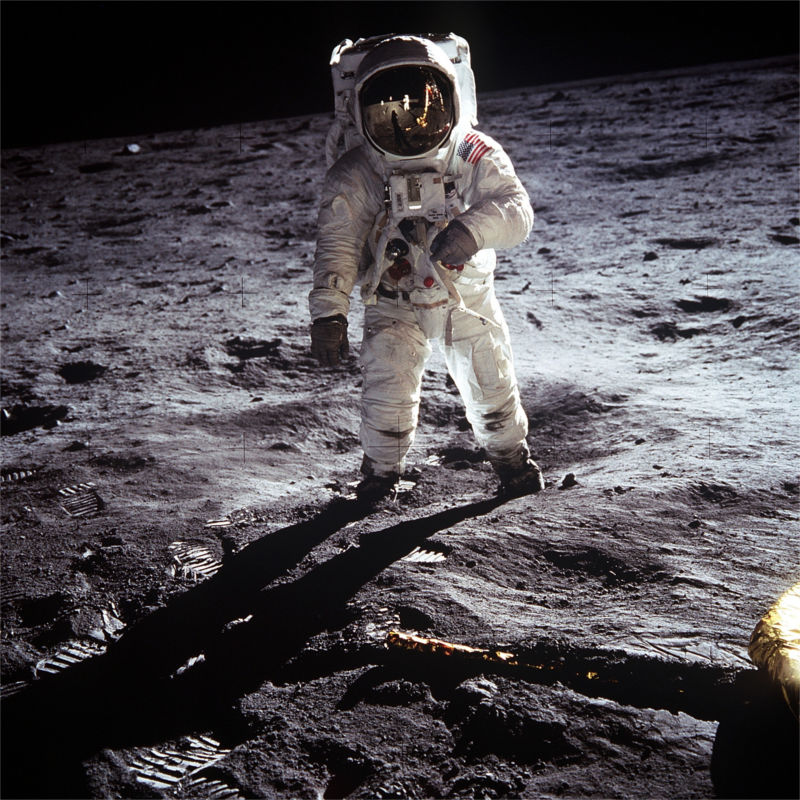 It’s like a bike reflector. At night when car lights shine on a reflector, a light bounce right back and even appears to glow. In the same way sunlight shines on the moon. Moon rocks and bits of moon dust bounce the sunlight back so the moon is the brightest object in our night sky.

Sunlight constantly shines on the moon; half of the moon is always reflecting it. Yet from our view on Earth the moon appears to change shape. The eight different shapes are called phases.

The first phase, the darkest one, is called the new moon. We see no reflected sunlight because the moon is between the sun and the earth. The shadowy shape of the moon is Earth’s light being reflected.

During the next 29.5 days, the moon orbits the earth. As it does our view of the moon changes. We see a crescent moon, a first-quarter moon and a gibbous moon. During these phases the moon seems to grow bigger. This phenomenon is called waxing.

Two weeks after the new moon the moon’s entire face can be seen. This phase is the full moon. Find the date of the next full moon on a calendar. If the sky is clear, look carefully at the moon.

You’ll see light and dark areas. Some of these areas are plains formed by lava flows and others are craters made by meteors hitting the moon. Binoculars and telescopes show them better.

When you observe the full moon read Psalm 8 aloud. Then thank God for the wonderful “works of his fingers” for He put the moon in our sky.

When waning begins after the full moon, the shape of the moon starts to look smaller. The next phase is gibbous, then last-quarter, then crescent. As the new moon comes into view, God’s night-light begins another cycle.