Salvation is for Preschoolers Too!

Famed preacher Charles Spurgeon once said, “A child of five, if properly instructed, can, as truly believe, and be regenerated, as an adult.”  What about a preschool–aged child, though, or a child even younger than that? 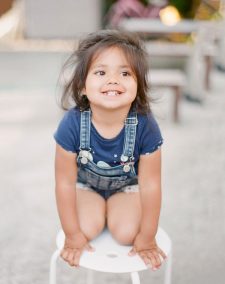 Joseph Ryu was two-and-a-half years old when he accepted Christ as his Savior. His mom was a Good News Club® teacher in South Korea.  She taught multiple clubs throughout the week, bringing Joseph to each one. After club one day, Joseph’s mom asked him what he had learned. Joseph told his mom that he knew he was a sinner and that Jesus had died on the cross for his sins. He also explained that it was by believing in Jesus as his Savior that he could have his sins forgiven. His mom realized that he understood the Gospel despite his young age, and that day Joseph decided to accept Christ as his Savior from sin.

When he was six years old, Joseph attended a CEF camp, where a speaker challenged the children to ask God if He wanted them to be His full-time missionaries. Joseph prayed and asked, and felt God say yes.  Joseph was so thankful that God wanted to use him as a missionary, even though he was only six years old. His calling to be God’s missionary stayed with him throughout the rest of his elementary, middle, and high school years.

Today Joseph works as a missionary with Child Evangelism Fellowship® of South Korea in the research and development department. Joseph’s call to be a missionary to children remains strong all these years later. Joseph loves that Child Evangelism Fellowship is a ministry that gives kids the Gospel, something that can change their lives eternally, and he thanks God that he can work with CEF®.

Whenever Joseph plans something, he sees God come through with an even greater plan. He knows that God will continue to lead him throughout his life in ways that are greater than he expects.

According to Barna research, “nearly half of all Americans who accept Jesus Christ as their Savior do so before reaching the age of 13.” Even very young children can accept Christ and remain faithful to Him. Several well-known Christian leaders came to Christ at young ages—Corrie Ten Boom at age five, and Dr. James Dobson and Amy Carmichael both at age three. Joseph was only two–and–a–half years old.

Even very young children can accept Christ and remain faithful to Him.

These people’s lives and testimonies are just a few that show us how a child who accepts Christ at a young age can indeed grow in faith. Ministering to preschoolers is important! Resources to help you teach preschoolers about God are available for purchase at CEF Press® .