A Strong Foundation—A Sure Future

Although Charles Haddon Spurgeon died 45 years prior to the birth of Child Evangelism Fellowship®, his sermons played an integral role in the life of our founder, Jesse Irvin Overholtzer. Overholtzer was reading one of Spurgeon’s sermons and came across a portion which said, “A child of five if properly instructed can as easily understand and believe the Gospel as an adult.” Overholtzer had profound respect for Spurgeon, but he strongly disagreed and said out loud, “Mr. Spurgeon, that’s not true!” Nevertheless Jesse Overholtzer began to share his faith with children and he saw their lives changed by the power of the Gospel. One day the mother of two of his converts came to a meeting. Overholtzer asked, “Why did you come to the meeting today?” The mother’s answer pierced Mr. Overholtzer’s heart—“Something has happened to change the life of my two girls, and I want to know what it is.” Spurgeon was right! The Lord used that sermon and the testimony of a mother to form a strong conviction in Overholtzer that children can be saved. His burden to evangelize children prompted the founding of Child Evangelism Fellowship in 1937.

As we celebrate our 80th anniversary, we return to our roots—a sermon from Spurgeon which underscores the importance of reaching children for Christ and the danger of hindering children from coming to Jesus. Following are excerpts from a sermon Charles Spurgeon delivered on October 17, 1886, at the Metropolitan Tabernacle. 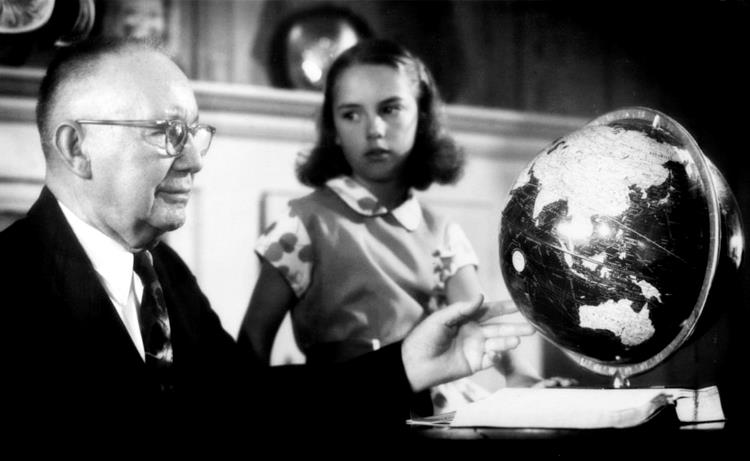 LET US DESCRIBE THIS SIN of hindering young children from coming to Christ. First, I may say of it that it is very common, it must be common, or else it would not have been found among the twelve apostles….if these men, who were the cream of the cream, rebuked the mothers who brought their young children to Christ, it must be a pretty common offense in the church of God….I believe, however, that this feeling, in the case of the apostles, was caused by zeal for Jesus. These good men thought that the bringing of children to the Savior would cause an interruption….

Also, no doubt, this feeling that children may not come to Christ may be derived from a doubt about their capacity to receive the blessing which Jesus is able to give.

Upon this subject, if I were at this moment to deal with facts alone, and not with mere opinion, I could spend the whole morning in giving details of young children whom I have personally conversed with, some of them very young children indeed. I will say broadly that I have more confidence in the spiritual life of the children that I have received into this church than I have in the spiritual condition of the adults thus received. I will even go further than that, and say that I have usually found a clearer knowledge of the gospel and a warmer love to Christ in the child converts than in the man-converts. I will even astonish you still more by saying that I have sometimes met with a deeper spiritual experience in children of ten and twelve than I have in certain persons of fifty and sixty.”

Oh, dear friends, talk not of a child’s incapacity for repentance!

I have known a child [to] weep herself to sleep by the month together under a crushing sense of sin. If you would know a deep, and bitter, and awful fear of the wrath of God, let me tell you what I felt as a boy. If you would know joy in the Lord, many a child has been as full of it as his little heart could hold. If you want to know what faith in Jesus is, you must not look to those who have been be muddled by the heretical jargon of the times, but to the dear children who have taken Jesus at His word, and believed in Him, and loved Him, and therefore know and are sure that they are saved. Capacity for believing lies more in the child than in the man. We grow less rather than more capable of faith; every year brings the unregenerate mind further away from God, and makes it less capable of receiving the things of God…In any case the new birth is the work of the Holy Spirit, and He can as easily work upon youth as upon age.”

Sirs, I tell you that in God’s sight he is no preacher who does not care for the children.

There should be at least a part of every sermon and service that will suit the little ones… Parents sin in the same way when they omit religion from the education of their children. Perhaps the thought is that their children cannot be converted while they are children, and so they think it of small consequence where they go to school in their tender years…I believe that of children is the kingdom of God, both on earth and in heaven. It is a sacred joy to me on Thursday night to notice certain boys and girls who have for a long time attended the pastor’s prayer meeting with great regularity.” “I thank God that the most of those dear children who have been added to this church could stand a rigid examination in doctrinal matters, and would bear favorable comparison with the older folks.”

First, He [Jesus] condemned it [the sending away of the children] as contrary to His own spirit.

‘They brought young children to Him, that He should touch them: and His disciples rebuked those who brought them. But when Jesus saw it, He was much displeased.’ He was not often displeased, certainly He was not often “much displeased,” and when He was much displeased we may be sure that the cause was serious. He was displeased at these children being pushed away from Him, for it was so contrary to His mind about them…. If they [the disciples] had thought that He could not condescend to children they would have sadly slandered the repute of His great love. His heart was a great harbor, wherein many little ships might cast anchor. Jesus, the child-man, was never more at home than with children. The holy child Jesus had an affinity for children. Was He to be represented by His own disciples as shutting the door against children? It would do sad injury to His character. Therefore, grieved at the triple evil which wounded the mothers, the children and Himself, He was sorely displeased. Anything we do to hinder a dear child from coming to Jesus greatly displeases our dear Lord.”

Whosoever shall not receive the kingdom of God as a little child, he shall not enter therein.’

… How I wish that all my congregation would come and receive Christ as a little child receives Him! The little child has no prejudices, no preconceived theories nor opinions it cannot give up, it believes what Jesus says. You must come in the same way to learn of Christ….A child when it comes to Christ comes very sincerely, and with all its heart. It knows nothing of sinister motives, or of formality. Its repentance and faith are genuine.”

Those of you who have never looked to Christ and lived, do unto Christ, I pray you, just what these dear children did, He called them, and they came, and were folded in His arms…Do you half wish you could be a child again? You can be. He can give you a child’s heart, and you can be in His kingdom newly-born. May it be so, for His name’s sake! Amen.”