Ten-year-old Leads Others to Christs 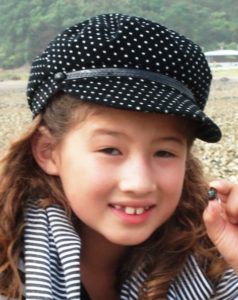 Ten-year-old Erin loves Good News Club and her Lord Jesus Christ. She began attending a club at her school in New Zealand. Just six months later she and her mother got involved in working with the local CEF chapter. Erin began attending four different Good News Clubs each week. Her mother, Myonghee Choi, said, “Despite listening to the same lesson four times a week, she always enjoys listening to God’s message and praising Him.”

Erin now takes part in giving an invitation for salvation whenever and wherever possible. She plays with The Wordless Book and the Wonder Cube practicing to tell others about Jesus.   Her mother said, “It was so great for me to watch her while she was talking to herself about the Good News.”

Later one of the Good News Club teachers visited Erin’s home with her two children and a girl named Jiwoo. Erin got the children together.  She began introducing the Good News, showing and telling the story of the Wonder Cube. Her mother said, “Jiwoo invited Jesus Christ into her heart in her own words. Hallelujah! Glory to God!”

Recently Erin visited Korea for four weeks. Family friends who work with Chinese people invited her to a special outreach. God used Erin to proclaim the Good News to 50 people there for over an hour as it was presented in English, Korean and Chinese. She had a Chinese Christian interpreter. Thirty responded to an invitation to trust Christ as Savior!