It Keeps Getting Better

We have had the experience of getting close to a ministry only to find things we didn’t want. But that has not been the case with Child Evangelism Fellowship®. It keeps getting better. 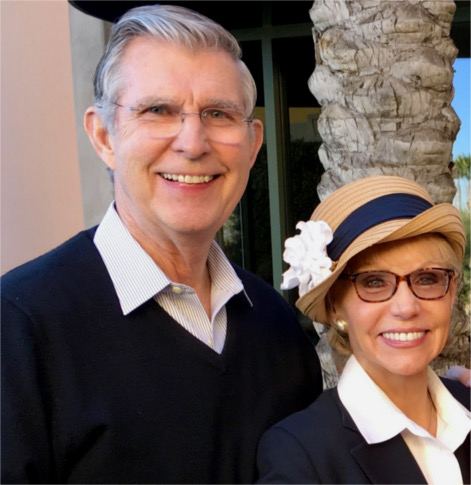 Years ago before I married a handsome widower and moved to the suburbs, a physician friend in San Francisco told me about hosting a Good News Club® in her home. She shared that one of her sons had trusted Christ there. And she said that supporting a local CEF® worker would help other boys and girls trust Christ. I saw that it did.

Years later my husband and I received an invitation to a CEF Presidential Briefing in San Francisco. Although we had moved to Henderson, NV, we decided to go to the briefing back in San Francisco. We were impressed with three things in particular: the prayer behind everything, the worldwide fruitfulness, the character of the staff. And the story of Good News Clubs keeps getting better.

We were both very impressed with the size and efficiency of the ministry. As a businessman I was always interested in Return On Investment, and President Reese Kauffman and others made it very clear how this was a very effective organization.

When we went to the Presidential Briefing in Boston the next year, we were impressed with the quality of training and materials that the ministry provides its workers. By that time, we had committed to supporting missions that focused on equipping local workers, as CEF does, rather than sending people from the U.S. to Africa. That was a big plus for CEF. And it keeps getting better.

THE SURPRISE OF THE LOCAL—DRU

After Boston, we found opportunities to serve in Southern Nevada. What an eye opener. CEF was so solid. My background as a business consultant gave me an extra appreciation for what I saw about CEF locally. Tireless quality control. Great resources. Consistent training. Constant improvement. Relentless zeal for the focus of helping boys and girls trust Christ, grow in Christ, share Christ with their families, and be established in local churches.

We joined the Southern Nevada state board and local committee and are now privileged to serve both with time and treasure. It’s exciting to be involved at both the International and USA levels. There are so many boys and girls to reach, particularly as we found that 85 percent of those who accept Christ do so in The 4/14 Window—our target group. What a great ministry. And it keeps getting better.

We are both blessed by God to be involved in CEF at several levels. No other ministry has ongoing operations in nearly every country of the world. Amazing. In our local Southern Nevada last year, our 50 Good News Clubs reached 2,110 boys and girls, a 41 percent increase over the last two years. And last year Child Evangelism Fellowship reached a total of 20,429,085 children worldwide. Amazing.

And with God’s continued blessing, it keeps getting better.