Nowhere to Go, Nothing to Do

Richard and Michael are pre-teen City kids who live, as many say, in da hood.  They have nowhere to go – and nothing to do.  It’s not because they don’t want to go somewhere or do something.  In fact, every time I talk with them, they hint around — hoping I’ll take them outside the walls of The Hood.

“What are you doing?”

“Where are you going?”

“Because — there’s nowhere to go and nothing to do.”

Richard and Michael are just two of many City kids who feel trapped and imprisoned inside their own neighborhood. It’s understandable—there are bars around their apartment buildings. These bars are not intended to keep intruders out, but to slow down and trap criminals during police raids. Richard and Michael’s neighborhood is infested with drugs and crime.

“I hear the ball bouncing outside,” Richard says, “and I want to play. But mom won’t let me go to the courts ‘cause stuff’s happening out there—you know.”

Yet in the midst of fear and distrust, Richard’s mom and others like her are receptive to Bible clubs and events for their children, particularly when those events allow their children to spend time outside of the neighborhood. Over the past thirty years, the opportunity to reach these City kids has grown immensely.

In the words of Edna Zuraw, CEF of Maryland, “When I think of the city, I think of what God can do.” Taking advantage of what God can do in the lives of City kids is important. We should make the most of every opportunity to teach them the Bible, but we should also remember that they want to do other stuff too.

The truth is—City kids get talked to, yelled at, and fussed at most of the day. We need to spend time with them—doing what they want to do and sometimes going where they want to go. Our activities do not have to be religious in nature, but the outcome can be!

Last December, Richard, Michael, and some of their friends rode with me on a float in our city’s Christmas parade. Afterward, we went to McDonald’s. At other times we have seen a movie or gotten a pick-up-game going.

Each time we go somewhere together, they ask me questions, like, “Have you ever been in prison?” or “Is that lady your girlfriend?”  Then, they tell me things about themselves and their families.  Instantly, without a prepared Bible lesson, we have a divine teaching moment. 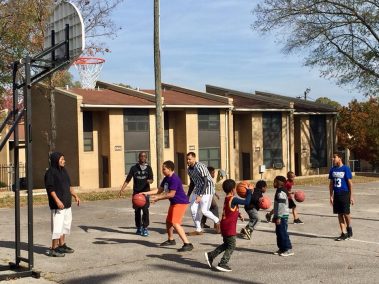 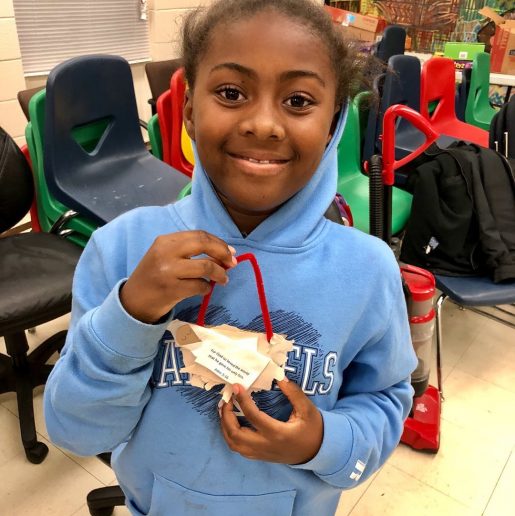 Where to Go and What to Do?

Sports – Take them to a high school or college game, organize a neighborhood pick-up game, enroll them in a league, sponsor them for a sports camp, or organize a sports outreach.

Richard and Michael are still begging me to take them to a game, but a few years ago, I took a group of twelve Asian and Hispanic city kids to a Duke–UNC basketball game.  Perhaps it was because both teams wore blue and white, but these kids did not even know which team was Duke or UNC. These are some of the best teams in the country by the way. They loved it!  It was not so much the game, but the snack bar, the picking at each other, and everyone, including me, sliding down a big hill to get to our car after the game.

This all paved the way for an open discussion about making fun of others and why Chinese were different from Mexicans. I was able to use God’s Word – His plan and purpose for all people. The outing opened up a court to play on. The kids were the players, and I became their coach for a few hours. Numerous outings and activities are available for the teacher looking for a classroom that connects with city kids.

Arts/Entertainment – Couple a Bible club with an art class, organize/plan a mural project for a community wall, enroll kids in a cultural arts center class, or produce your own drama, dance, or a creative art form for presentation in the community.

Food/Shopping – Bake cookies, a favorite food, watch a movie, take them to the mall or open-air market and have a “looking day,” or walk down the street with a group of kids to the nearest convenience store. Give them each a couple of dollars to spend while they hang out.

Alternative Activities – Ride horses, fish, or rake leaves. These would be things (stuff) that city kids usually never get to do. 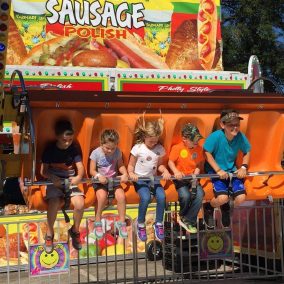 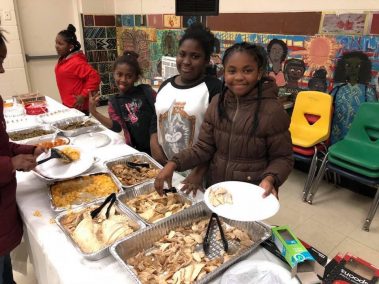 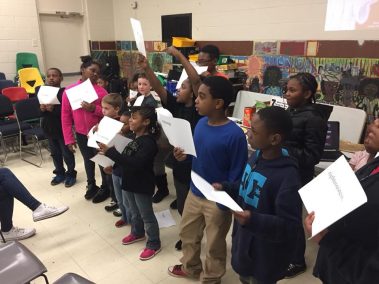 City kids are looking for somewhere to go — something to do. “You don’t need different methods. Just go in and take an interest in the children. The kids will sense that you love them. They will even protect you and help you in any way they can. They don’t care what color you are… if you love them.” (Ed John)

The ball has been bouncing on your court.  Do you hear it?  If so, get into the game.

John Blake is the local director for CEF in Durham, North Carolina. To read more about urban ministry visit http://gospeltokids.org/blog/