The crime rate was so bad, the government declared a statement of emergency . . . The Gospel is the life changing power that Jamaica needed. 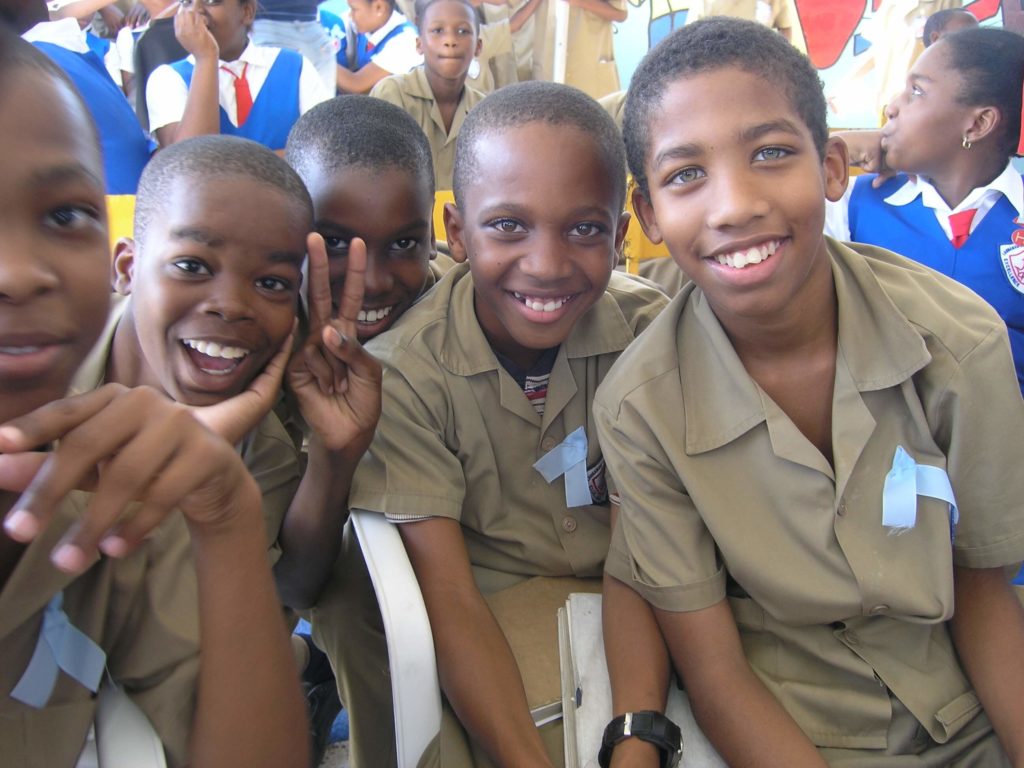 Jamaica has one of the world’s highest per-capita murder rates. When the number of murders greatly increased in one parish, the government declared a state of emergency. They needed to do something to bring about lasting change.

When the number of murders greatly increased in one parish, the government declared a state of emergency. They needed to do something to bring about lasting change.

CEF reached out to the Minister of Education to get permission for Good News Club to be in all the schools in Jamaica in 2016, which was granted. We continue to do Good News Clubs and God has been blessing every day since!

Like in many areas of the world, people live in poverty. This greatly affects children’s daily lives, including their ability to attend school. Early education is free, but if children want to go further, they have to pay for it—something many of them are unable to do.

The high crime rate also directly impacts children. Often they are stopped from freely attending school and/or participating in extracurricular activities due to civil unrest. Many young Jamaicans are traumatized and suffer from major psychological problems very early on due to having witnessed attacks, robberies, and gang wars. These children who are neglected and left to fend for themselves become easy targets for gangs.

The need to share the Gospel in Jamaica is great. In 2017, our CEF team established local committees in all the parishes and had the goal of having all their local directors in place by the end of the year. Overall, CEF Jamaica hopes to reach 500,000 children over the next five years.

Through the support of friends of CEF, our team in Jamaica is trusting God will bring lasting change as the children of that country learn about His character and His love for them.

Help Children in Jamaica and other countries hear the Gospel

Children in countries all around the world are responding to the Gospel just like the children in Jamaica. Together with your help, we can see hearts and lives changed for eternity in nearly every country of the world. Give today and help children hear about the love of Jesus.
Give to CEF