How young can children receive Jesus as their Savior? You might be surprised! 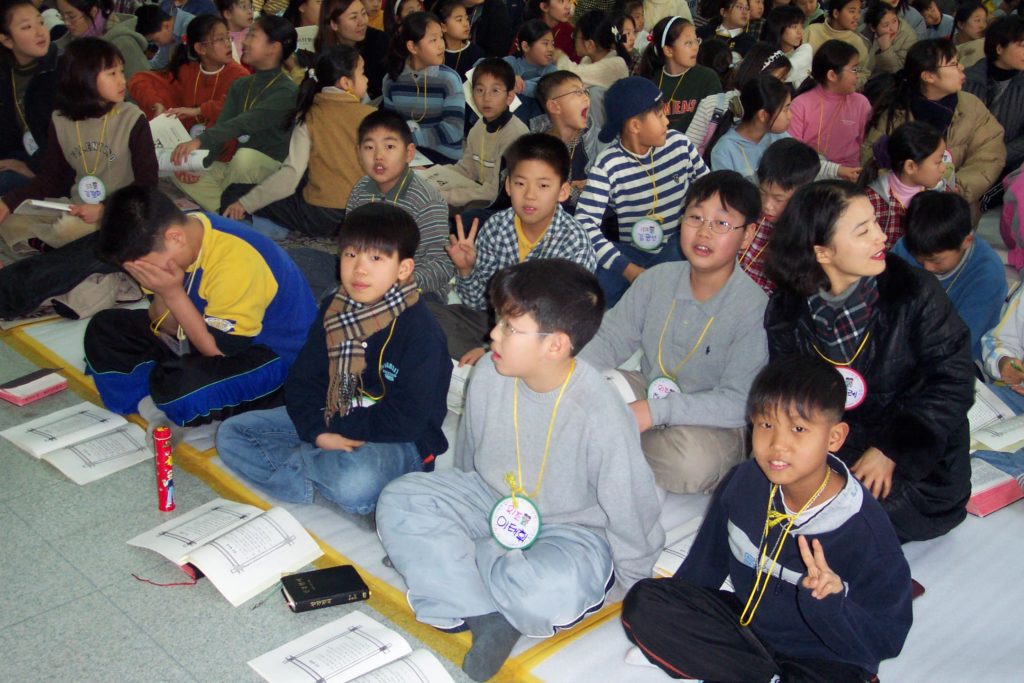 In South Korea, the most prominent ministries of CEF are home-based Good News Club® and party club programs, as well as a strong camp ministry during the summer. And it’s through these programs that CEF is sharing the Gospel with children of all ages . . . and seeing a positive response.

During a CEF training course, one young man shared that he received Jesus as Savior when he was two and a half years old. His parents are missionaries with CEF and he now works in the National Office. Then during Bible class in a second-grade classroom, the school teacher told her children, “I received the Lord in my home where my mother invited a teacher to teach us Good News Club. I received the Lord when I was two and a half.” Even at such a young age, children are hearing the Gospel and understanding it through the ministry of CEF.

The economy of South Korea is one of the top twenty strongest in the world and one of the most powerful in Asia, with only about 2 percent of the population affected by absolute poverty.

The education system is extremely competitive, which puts a lot of pressure on children. Some of them aren’t able to cope and are even driven to commit suicide. Children of international marriages are often bullied by both classmates and teachers. And those who are disabled are often marginalized by society and government.

CEF workers in South Korea find it more and more difficult to meet children face-to-face as the society becomes more child protective and parents teach their children not to talk to strangers. The government strictly prohibits any religious activities in the public school classrooms and even in a close proximity to public schools. And workers are finding it difficult to get through to modern Korean boys and girls, as their hearts and minds are gripped by mobile and Internet technology.

CEF is ready to meet these challenges as we share the Gospel in over 3,000 Good News Clubs across the country. Through these programs, and thanks to support of friends like you, South Korean children of all ages are coming to a saving knowledge of Jesus Christ.

Help Children in South Korea and other countries hear the Gospel

Children in countries all around the world are responding to the Gospel just like the children in South Korea. Together with your help, we can see hearts and lives changed for eternity in nearly every country of the world. Give today and help children hear about the love of Jesus.
Give to CEF