All the churches in the village were empty. But when a CEF missionary opened the doors to local children, things began to change. 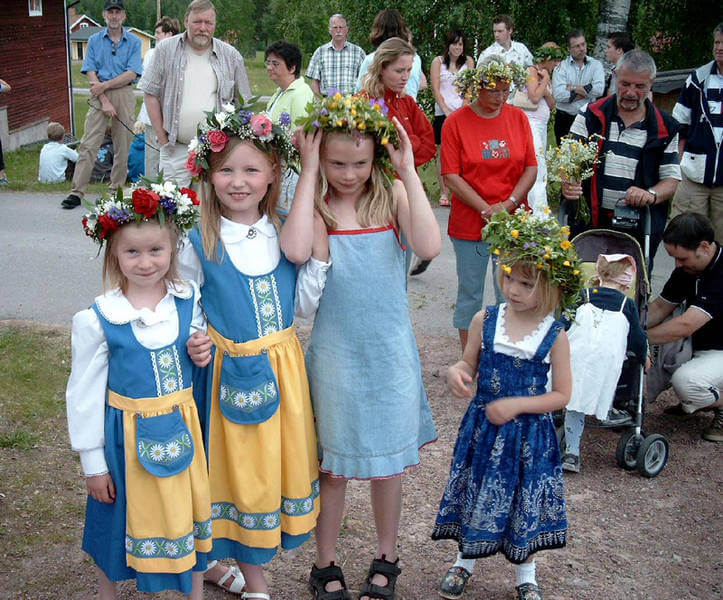 Ardala is a small village in south central Sweden with around 725 in habitants. Founded in 1820, it’s now mainly a residential area after several businesses closed . . . including all the churches.

Judith, a CEF missionary, wanted to put the empty church buildings to use. She was able to use one of the buildings to hold a 5-Day Club®. Fifteen children came, including five from the neighborhood. Judith said, “Together we learned about The Wordless Book. One of our theme songs was, ‘How Do I Get to Heaven?’ In the last stanza the only way is given—by faith in Jesus. Afterward a six-year-old girl said, ‘I have never before heard about Jesus.’ Since the beginning of October we have had a monthly Good News Club® with six to seven children attending.”

There is little interest in evangelism of children as the Lutheran Church practices infant baptism and believes that children are saved.

Sweden has prospered from its political neutrality and prides itself on being a nation of equality. It’s one of the most secular countries in the region though the majority of the people belong to the Lutheran church, however just on a nominal basis. There is little interest in evangelism of children as the Lutheran Church practices infant baptism and believes that children are saved.

Children ages 1–5 are guaranteed a place in a public kindergarten. Between the ages of 6–16, they attend compulsory comprehensive school. After completing the 9th grade, about 90 percent of students continue with a three-year upper secondary school.

Obesity is becoming a health problem affecting both children and teenagers. A study in 2011 showed that 17 percent of children age 7–9 were overweight and 3 percent were obese. In addition, the number of children experiencing psychological distress was on the rise. Excessive alcohol or drug consumption, suicide attempts, and other acts of self-harm are becoming more frequent, which puts the health of young people in danger.

CEF’s ministry in Sweden only began a few years ago. Contacts have been established with a number of pastors and Christian leaders. Though the team is small, CEF Sweden has a literature coordinator, a training instructor and local workers in place.

Through this team, children in Sweden who have never before heard the Gospel are learning about Jesus and how He died to save the world . . . and to save them.

Help Children in Sweden and other countries hear the Gospel

Children in countries all around the world are responding to the Gospel just like the children in Sweden. Together with your help, we can see hearts and lives changed for eternity in nearly every country of the world. Give today and help children hear about the love of Jesus.
Give to CEF