As the teachers told the children about Jesus, they were shocked by the response. 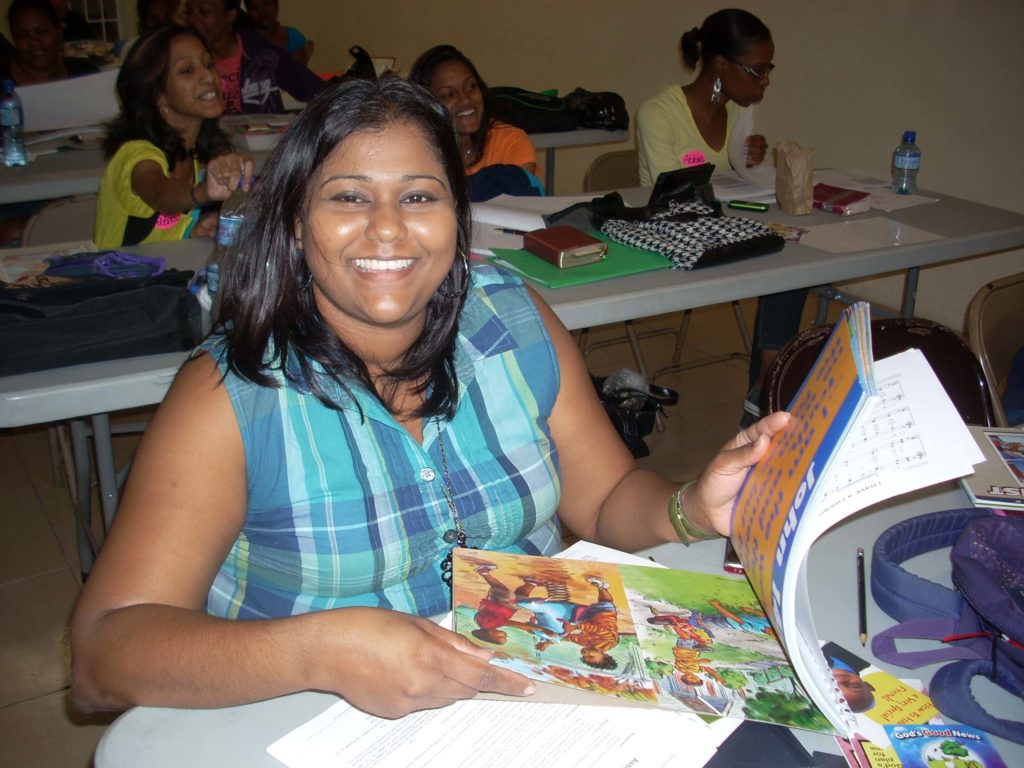 When CEF in Trinidad held its first Little Kids Seminar, a training session designed specifically for adults who work with preschool children, they weren’t sure what to expect. The 33 attendees came eager to learn, even spending their break times brainstorming ways to implement what they were learning and using it to expand their ministry.

When one teacher gave the message of the Gospel, all 25 children said they wanted to received Christ as their Savior!

On the following day, some of the attendees had the opportunity to put their training into practice during a church’s weekly Sunday afternoon outreach. As the teachers utilized the methods they had learned, sang songs, and shared the seminar materials, the children enthusiastically responded. When one teacher gave the message of the Gospel, all 25 children said they wanted to received Christ as their Savior!

Not sure if she heard right, the teacher asked again—and all 25 raised their hands! The teachers then spent time with each of the children to pray with them individually and help them better understand their new faith in Christ.

Children between ages 5–16 in Trinidad can go to school for free, with attendance being mandatory. The country provides free transport, books, and meals, which has resulted in the highest rate of elimination of illiteracy in the area.

The health care system is considered to be poor, which directly impacts children from birth up. In 2010, the rate of infant mortality (children less than one year old) was 24 percent, while the death rate for those under 5 years old was 27 percent.

Because Trinidad is a place of crossing and transit, it has become a destination of persistent sexual trafficking and forced labor. There is also an increasing number of children who live in the streets, who often become involved in illegal activities such as drug trafficking or prostitution.

CEF’s ministry in Trinidad and Tobago reaches just over 19,000 children annually. Because of support of friends like you, CEF is sharing the Good News of Jesus Christ with children of all ages—and seeing hearts and lives changed for eternity.

Help Children in Trinidad and other countries hear the Gospel

Children in countries all around the world are responding to the Gospel just like the children in Trinidad. Together with your help, we can see hearts and lives changed for eternity in nearly every country of the world. Give today and help children hear about the love of Jesus.
Give to CEF