Major league, minor league. One is better than the other, but that’s not the case with the Major and Minor Prophets. Just because we call them the Minor Prophets doesn’t mean these prophets or their messages are any less important than the Major Prophets, which we talked about last time. It simply means their Bible books are shorter. In addition to being shorter, these books can also be confusing. Even so, you can have confidence when teaching them to the children in your Sunday school class!

Prophets are people who delivered God’s messages to others. Knowing where each prophet fits in history helps us understand these messages. Most of the Minor Prophets preached during the times of the kings of Israel and Judah, whose stories are told in 2 Kings and 2 Chronicles. The last three prophets—Haggai, Zechariah, and Malachi—were speaking for God after the Babylonian captivity, closer to the time of Ezra and Nehemiah, who took the captives back home.

Each of the Minor Prophets told of coming judgment, but all of them also had a specific message for his own time. Each one has a message for us today as well.

Many children are probably familiar with Jonah, because of his unique and exciting story of running away from God, being swallowed by a giant fish, and being spat onto land three days later so he could deliver a message of repentance to sinful Nineveh. However, do they know about Nahum, who was also sent to Nineveh about 150 years after the time of Jonah? 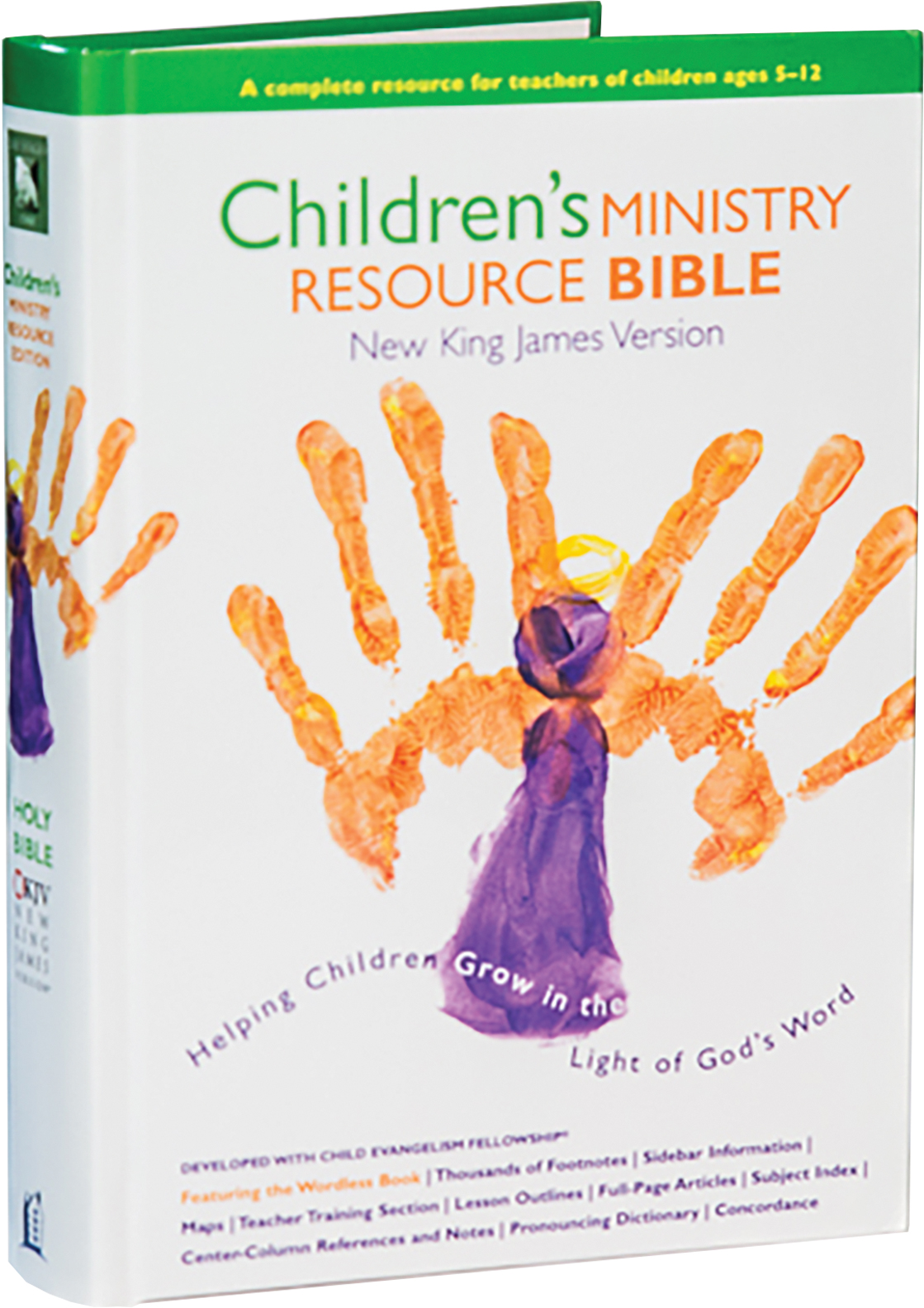 A great resource you can use to help you teach about each one of the Minor Prophets to the children in your  Sunday school class is the Children’s Ministry Resource Bible. This Bible not only has an overview for each Minor prophet book (and every other book in the Bible), but it is also full of teaching aids, footnotes, study helps, cross-reference guides, lesson outlines for over 100 Bible passages, and much more. You can find it online at CEF Press®.

For this game, make a game card for each child in your class by using a free online bingo card generator and provide buttons or flat glass beads for them to use as game markers. You will also need slips of paper and a basket, bucket, bag, etc. from which to draw the papers. Using the generator, fill in the 25 squares with the first 39 books of the Bible the kids in your class have already learned and provide “free” square in the middle. Each card will be different and every child won’t have every book, but that’s okay. It will add to the suspense. Write the books of the Bible on slips of paper and place them in the container.

As you draw each paper from the container and read it aloud, have children mark off the Bible book or division name on their bingo cards. The first child to get five squares in a row (in any direction) marked off on their card wins! To help the children continue to learn the books, you could ask which division each book is in as they are looking for it on their board. 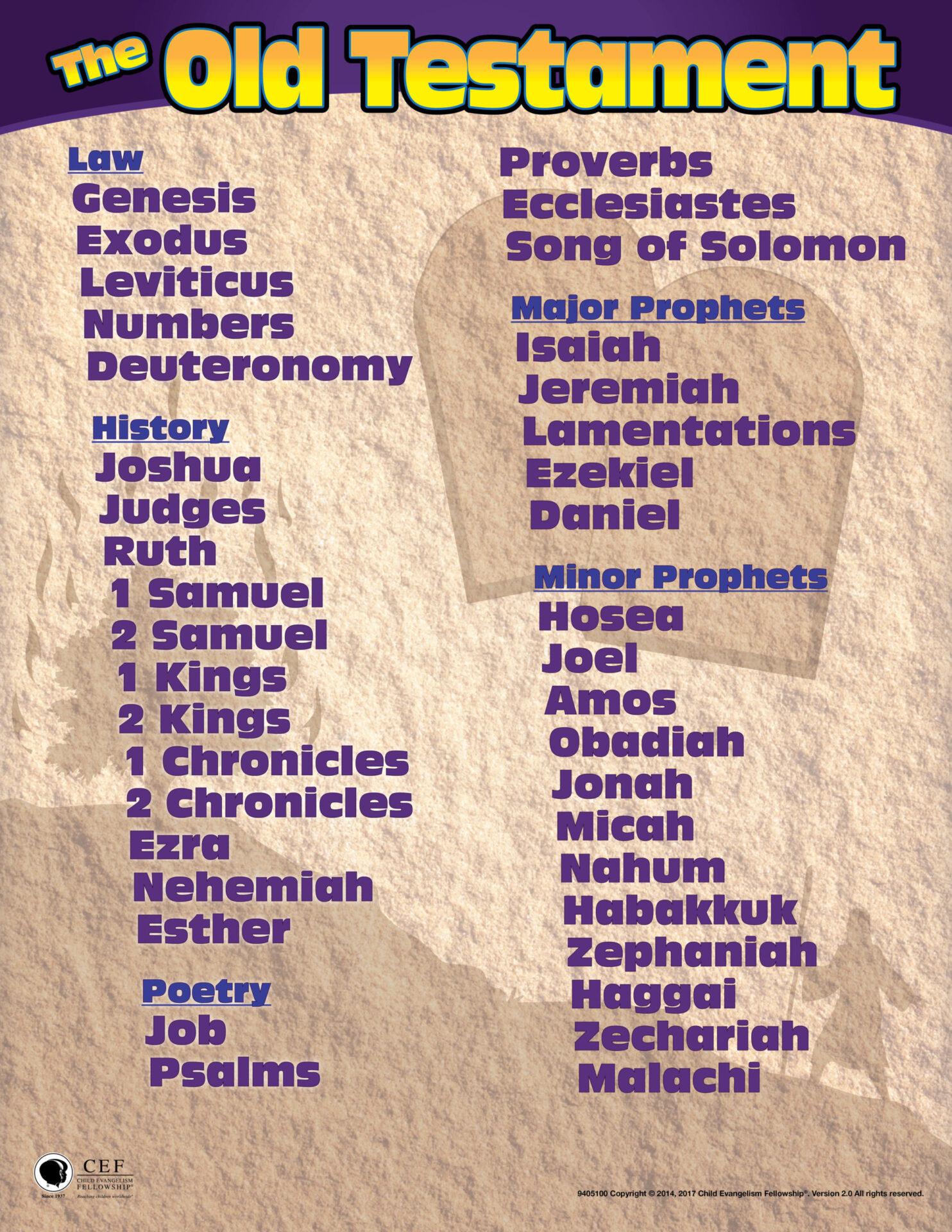 You may want to write out the books on a whiteboard or use a poster such as this Books of the Bible poster from CEF Press® for the children to see and read as you play. A variation of this game you can play with the children to help them learn the order of these books even better is by having the children mark off the name of the book that comes either before or after the book you drew! You may also want to make a New Testament set of bingo boards as well.

When teaching kids about the Minor Prophets, make sure that you’ve done your research beforehand. Know the context of the prophets’ messages and what was going on with God’s people at the time. Know what the different prophecies address, which ones have been fulfilled, and which ones still need to happen. Teach kids that we can always trust God to keep His Word and that we should be sure to thank Him for it!

With that, we have now finished looking at the divisions of the Old Testament! Join us next time as we dive into the New Testament, starting with the Gospel division.