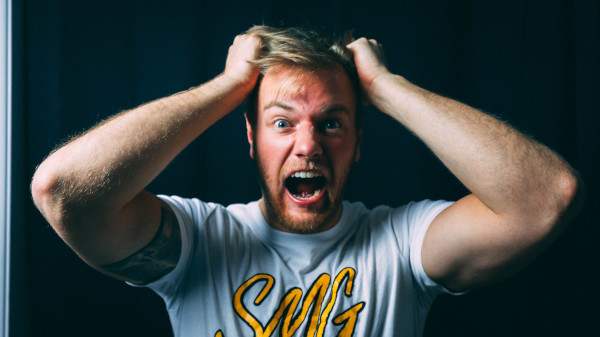 Teach Kids the Purpose of Anger

Have you ever felt like it’s impossible to keep peace between your kids? One minute things are going fine and the next they’re at war! The most important skill to learn in resolving conflict is what to do with that angry feeling. That angry feeling is actually very useful to help them get to the heart of their conflict. Here’s some principles to review with kids BEFORE their next fight.

First, tell kids it’s normal to get angry when we feel hurt because we’re not treated well, or we see something that isn’t right or fair. God cares about justice and He gave us the ability to judge what’s right or fair. Anger is usually the result of a sense of injustice. So, the first thing to do is identify if there’s an injustice and how can I calmly describe it with words and then do something about it.

The next principle is that the Bible tells us to avoid sin when we get angry. Read Ephesians 4:26 “Be angry and do not sin…” So, what are the ways we can sin when we get upset about unfairness?

At every opportunity, help a kid take pleasure in seeing someone else enjoy doing something while not having the enjoyment himself. For example, you and he can watch a kid on TV or attend an event where a sibling is doing something. Talk about how watching this might give us a desire to do it ourselves, or we might think, I’m bored because I’m not doing it. But let’s set those feelings aside right now and focus on taking pleasure in someone else’s pleasure or activity. This kind of focus will help your child have the heart of Jesus for others and their ambitions, instead of selfish ambition.

Again, help kids look for practical opportunities to consider someone else more important, and then commend the one who lowered themselves as having the heart of Jesus. For example, a kid could offer the best seat in the car to their sibling, instead of breaking out in an angry fight because it’s MY turn to sit there. They can let someone else take first choice of a treat. Help kids conduct an experiment to see how much better they feel when their heart wells up with generosity vs. selfishness. Help them see they can turn unfairness toward themselves upside-down by choosing generosity. This will take care of that anger due to unfairness before it becomes sin.

Seeking fairness for someone else is a good use of that angry feeling. But remember, as the Bible says in James 4, MOST of the time, fighting happens because we are selfish, not because we’re looking out for others. When we keep our anger in check and use it for good, we fulfill God’s purpose for anger. He has righteous anger and we can have righteous anger too. Helping children learn to channel anger for good and not sin will save them much grief in life.