The Angry Children of Divorce

The yelling that erupted from the kindergarten room was like a 911 call to the alert ears of the children’s director at Mosaic, a church in East Los Angeles. The director was halfway down the hall when the kindergarten leader leaned out the doorway to signal for help.

An angry little boy was led to the director to be soothed and calmed. A veil over this fragile young life was lifted and a tiny glimpse of his brokenness was exposed as he angrily shared that the teacher was lying. “How could God be a father that loves me when my own father doesn’t love me or ever want to see me?” the child asked. Little did the teacher know that God’s Word would create such a volcanic eruption in this boy’s spirit.

According to Kubla Ross, in Five Stages of Grief, the first response of a person coping with grief is anger. Anger is a common reaction to pain, sadness, disappointment and separation—all emotions of a child experiencing divorce in the home. When this most significant bond in a child’s life is broken the trauma can have lasting impact and may result in the inability to form enduring relationships. Fear and anger replace trust and security.

Yet relationship is exactly what the child longs for. It is the key to healthy character development leading to wholeness. Connecting the angry child to the living God begins the healing process. The children’s leader can have the honor of being the bridge.

Creating discovery studies around the issues of control, trust, identity and personal significance will aid children in dealing with the plaguing questions of anger: Does anyone care? Why is this happening to me? Is life worth living? 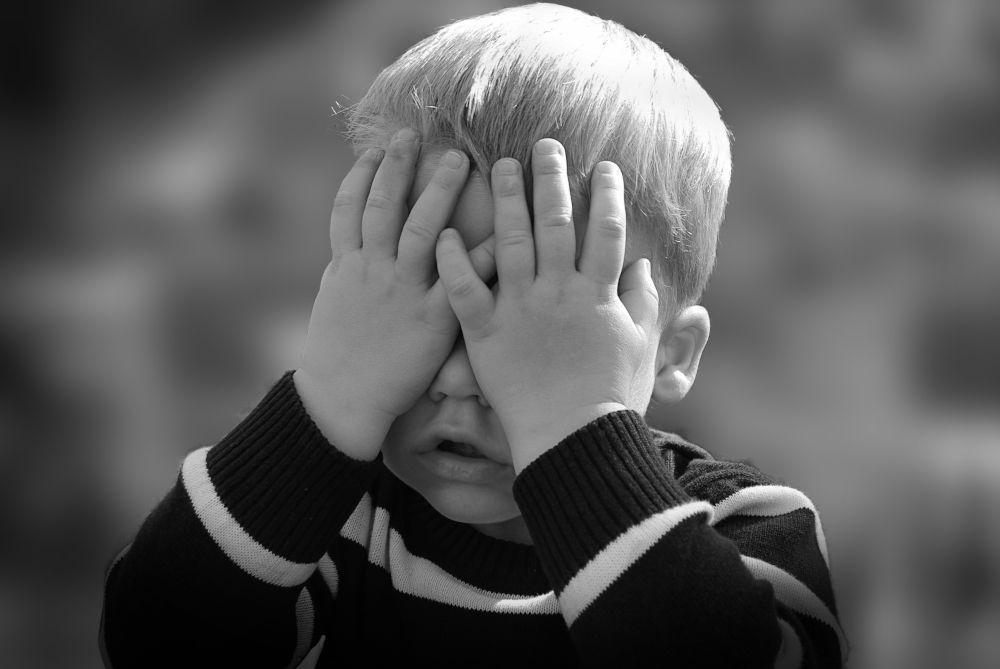 The Benton* boys, ages 6, 8, 10 and 11, challenged us with the need to know, “Is love real?” They came to our Sunday celebration with their mother, Julie, from a shelter for abused women. David, the oldest, was the most open to relationships and the Gospel. However, he clung to adult leaders more than to his peers. Chris, age 10, was withdrawn and showed signs of passive-aggressive behavior. He refused to attend his age group sessions, opting to sit with his mother in the service unless he could attend his older brother’s group. Alex and Gary, the two younger boys, were clearly volatile and unapproachable.

Aware of their overwhelming needs, the children’s team saturated the situation with prayer and witnessed a miracle. As a small group cared for Julie the boys found support in this family atmosphere and in the children’s program.

Alex’s teacher invited him and Gary for overnights at his house. They didn’t just learn about God’s love but were immersed in it as they were integrated into the life of a family. As their behavior was met with continual forgiveness and friendly welcomes at church, the boys began to receive and give hugs or flash a smile as a peace offering. Later these simple gestures were the gifts of genuine returned affection and trust. Within six months three of the four children made decisions to follow Christ and be baptized.

The first truth that wounded children need to experience is God loves them and can be trusted.

Why Is This Happening to Me?

In the stress and sometimes chaos of a child’s life afflicted by divorce, knowing there is some control over his life is stabilizing and brings a sense of security. Helping children gain a better understanding of God’s intent and desire for all people can be accomplished as children study Genesis.

Seeing that people are God’s only creation with the potential to know Him and be His children should result in an opportunity to be adopted by God, our Heavenly Father.

Holding up a cracked mirror for children to look at their reflection will cause much surprise, laughter and critical comments. As we discuss their distorted, broken reflection, sin is identified as the enemy that separates us from God and leaves us hurt and broken, unable to see ourselves or others correctly. Sin destroys God’s image in us, causes us to harm others and not be able to love.

To teach that God hates sin is as necessary as teaching that God loves us.

Much time should be spent on the issue of sin because of the child’s need to comprehend that it is the root of evil and of anger itself.

It is Satan’s goal to misguide us into blaming God rather than sin for our negative experiences. How much clearer the Gospel becomes as the child understands what Christ did to save us from the penalty and power of sin. Romans 7:15-25 gives encouragement to children as they try to change their thinking and actions by continuing to depend on Christ to help them rectify wrong actions.

Playing is a powerful teaching tool. “Tug-of-war” can illustrate the pull of sin and the power to overcome it with a team of friends to give help and support.

Allowing children to express grief and pain is necessary and needed.

The Psalms are especially powerful in assuring children that God hears their cries and sees their difficulties. Challenging children to pray individually and in a group will be the bonding agent that puts the pieces of their lives back together and creates a stronger community. By keeping prayer journals children can see God actively healing their lives and building their faith. As leaders also reveal personal struggles and suffering, a floodgate of sharing will be opened. More importantly, children will understand how God is involved in their lives.

Is Life Worth Living?

Angry children who lose hope become depressed, suicidal or runaway kids. Nine-year-old Juanita had been physically and emotionally abused by her mother. She is a sad child who feels unworthy to be baptized. Forced to take care of her baby brother constantly, Juanita has been unkind to him at times. Because the baby’s father visits often she battles feelings of jealousy and anger. Contact with cheerful, playful leaders who enjoy spending time with her is making a great difference in her countenance.

Introducing children like Juanita to young heroes such as Joseph, Moses and Esther, who were fatherless or orphaned, rejected and abused, gives a glimpse of God’s awareness of their situations, His protective care and His sovereign plan “for good and not for evil” in their lives.

“Little visits with great people” enables our children to visualize these bigger-than-life heroes as ordinary people who depended on God’s power. For ten to fifteen minutes someone with a coat of many colors might visit the class and introduce himself as Joseph. He might bring a family scrapbook or dramatize his life story by bringing a ball and chain to explain his betrayal by his brothers and imprisonment in Egypt. Next he might slip on a purple cape and jewel pin to represent his rise to power and how God used him to save the rest of his family from starvation. Hearing the emotions of hurt, anger, despair and revenge being overcome by love, forgiveness, grace and generosity will encourage children in their responses.

Having Moses relate his story of being orphaned at three months can touch the children with greater impact than just reading about him. This is especially true when Moses confidently shares that even though he grew up in a palace not knowing his real father, knowing his heavenly Father was worth more than all the comforts, riches and title of prince.

A visit from Esther, separated from parents and then her uncle, but later placed in a position of power to save her people, might also aid angry children in seeing the positive in negative circumstances. Discussion and testimonies can direct the child to see God as the perfect, loving Father who has control and a special plan for his life. These activities instill hope and esteem to those who are lonely and discouraged.

The search for hope of a better future and of becoming a better person is critical to the child’s perspective, self-worth and endurance.

You will not have to search far for the child of divorce. You will need to work hard in the process of rescuing him from anger. Consider this time of crisis a divine opportunity!

Both reluctant and active children are drawn into lessons that are set within a creative or dramatic environment. Children become engaged when they are challenged to solve problems and draw conclusions. For example, upper grade students can work in teams to play CSI (Crime Scene Investigation) in the Garden of Eden. Answer crime questions such as: What was the crime (sin) that was committed? Where was the crime committed? Who committed it? What was the consequence? Against who was the crime committed? Involving each child will give greater clarity and acceptance of the seriousness of sin.

The angry child may have difficulty working in a team. Weaknesses as well as strengths emerge; yet even these can become precious life-transforming moments. It is important to keep in mind that the lesson a child learns may not necessarily be the one planned but rather an outcome of something sparked in a question, a request for prayer or a character trait revealed. –J.S.

Scripture memory along with prayer is central in overcoming anger and changing the heart.

Absent for a few years, Jesse returned to church in the third grade. He was hostile and somewhat antisocial, with no desire for Christ. Rejection and disconnection from his father had left him with a bruised self-image. Anger had hardened his heart for self-protection and preservation.

At a summer camp in a group context with one of our children’s leaders, Jesse found a retreat place to hear God. He began to memorize verses, sing and even surprise himself. When he returned from camp he shared with us some verses he had memorized and enjoyed being held accountable. Shortly after, he gave his life to Christ and was baptized. We saw a softness of heart and a smile return to his face. New challenges have since come into his life but he continues to attend church, battle with frustrations and not give up. God’s Word sustains Jesse’s heart; the group and prayer support his actions. –J.S.