WARRENTON, Mo., Nov. 26, 2019 /Christian Newswire/ — Atheists are at it again, in Knox County, TN this time, trying to prevent the exercise of free speech if it involves Christian viewpoint. In October, the school district allowed the launch of a pilot “Bible Release Time” program operated in partnership with Elgin Children’s Foundation (ECF) and a local church. Many similar programs run throughout the state-a class for religious instruction allowed by Tennessee law following these requirements: 1) Children must have a signed parental request; 2) It must be off school property; 3) Government funds cannot be used. On Halloween night, a local atheistic group enacted a deceptive ploy to scare school boards and parents, similar to when after-school Good News Clubs have been launched by Child Evangelism Fellowship (CEF).

In 1952, a U.S. Supreme Court ruling allowed for religious release programs and in 2001 a Supreme Court ruling allowed for non-school-sponsored religious clubs to be held on public school property after hours. Good News Clubs and other privately sponsored clubs holding a religious viewpoint must be given the same access to facilities accorded any other extra-curricular group. Tennessee law allows a local board of education to adopt a policy that excuses students from school to attend a course in religious moral instruction for no more than one class period per school day, just like they would be released for any other parent-approved instruction.

Here’s how the ploy works: Atheists go to a school where there is Bible Release Time (BRT) or a Good News Club and insist the school send a permission slip home with children for a Satan Club. They admittedly have no intention of teaching children about Satan, but they want to raise hysteria in hopes of shutting down religious clubs. 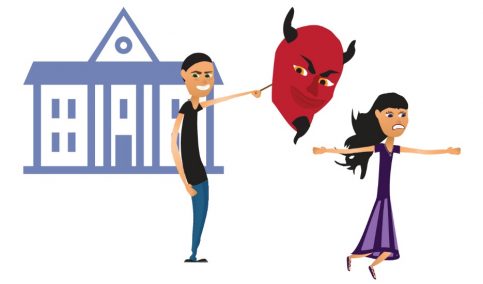 CEF Communications representative Lydia Kaiser says, “The Satan Club organizers in Knox County say one of their primary tenets is to stand against ‘bigotry’ and ‘hate.’ It’s ironic that a charge of bigotry and hate is being leveled by an organization that is trying to shut down another’s freedom to tell children that God loves them and that they have inherent dignity and value.”

“Restricting any optional club activities is a loss to First Amendment liberties and penalizes children who need wholesome, extra-curricular activities whether they be 4-H, Boys and Girls Club of America, or Good News Club. CEF encourages school boards to restrict no clubs and let the parents decide where their children will attend. Clubs with good programming will flourish and those without good programming will not. The CDC just reported that the suicide rate among children climbed steeply in the last decade. Youth are in deep trouble and need the grounding that faith gives them.”

Elgin Children’s Foundation educates school leadership with the legalities of released time instruction and trains local churches to become host sites for schools. The churches run the program with the foundation’s guidance and funding. Most sites use a curriculum written by Children’s Bible Ministries, and one site uses CEF material. CEF also trains volunteer teachers who lead GNCs after school.

Child Evangelism Fellowship has over 7,000 Good News Clubs in the USA with almost 5,000 clubs located on school property. They are well run programs. A survey of principals, with schools who have such clubs, found they saw positive changes in children’s behavior as a result of the character traits the clubs taught. CEF encourages school boards and parents to not allow themselves to be intimidated by the not-so-scary “Satan Clubs.” Parents will ultimately decide which clubs survive, so the school doesn’t have to make that decision. A school board vote in Knox County is expected in January.

Child Evangelism Fellowship is an international, nonprofit, Christian ministry that has been teaching the Bible to children since 1937. CEF has 400 offices in the USA and is organized in most nations of the world, with over 3,500 paid staff and hundreds of thousands of volunteers. In its last ministry year, CEF ministered to over 25 million children in its face-to-face teaching ministries.