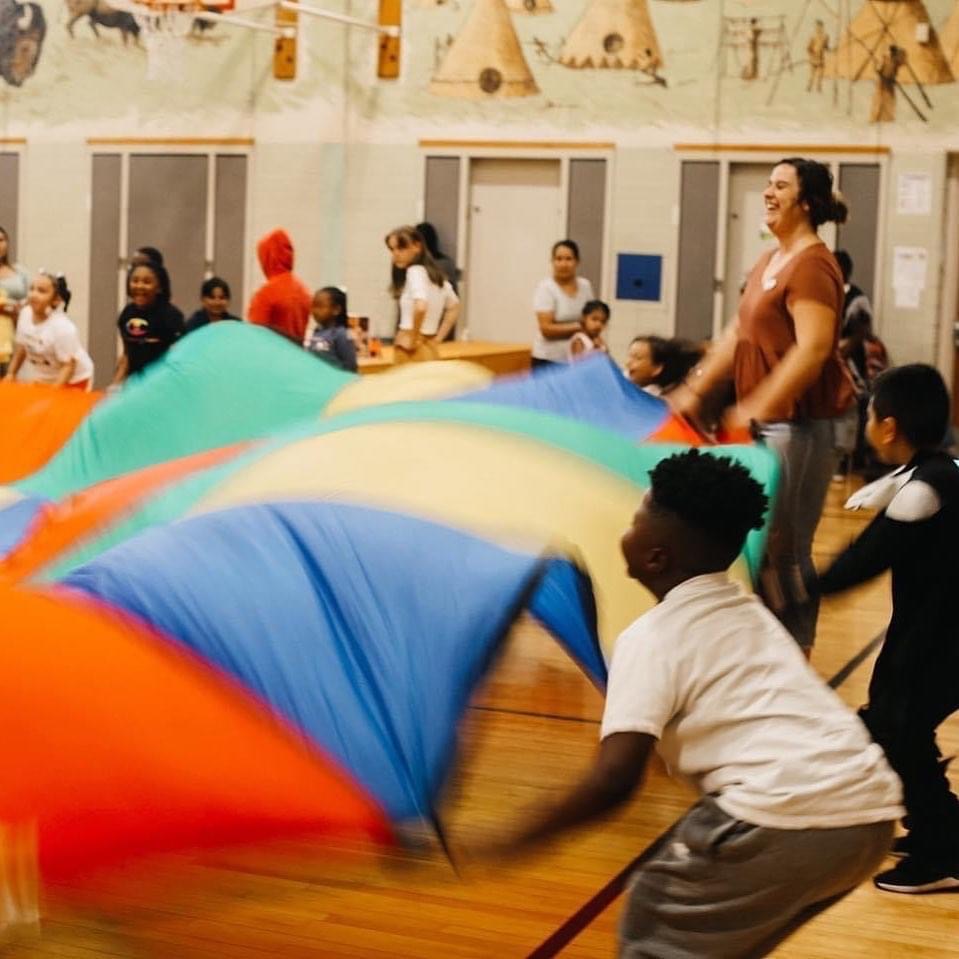 An Interview with Esther Beasley

Uncomfortable. A term for scenarios many of us avoid. Esther Beasley is a local director for Child Evangelism Fellowship® in Omaha, Nebraska, with a special place in her heart for children growing up in difficult conditions. Beasley was born in North Omaha before moving outside the city with her family. She spent her childhood in the church and was involved in kingdom ministry from a young age. Beasley states her early life was in direct contrast to what she is involved in today, as she came from a Christian home with Christian parents. Beasley has been involved with CEF® from her youth, and felt God leading her to continue ministering to children as she grew into adulthood.

Through her volunteering with CEF as a young person, Beasley encountered multiple scenarios enabling her to pursue a ministry mindset correlating to her current leadership roles with CEF. During her teenage years, she recalls a time of hardship with her family as her brother was involved in a gun accident which resulted in jail time for him. Throughout his time there, Esther began visiting him and felt a pull on her heart concerning the children who had parents regularly in jail. She noticed many of them were comfortable being in the facility as this was a norm for their lives – visiting their guardians while they were incapacitated was not unusual for them. During one of these visits, Beasley encountered a young girl who was visiting her dad, and she felt led to minister to. Being involved in Good News Clubs as a volunteer gave her the background to lead this child to trust Jesus as her Savior. She recalls the young girl stating that in addition to her father being in jail, her mother did not want her, and her grandmother was involved in drugs. Beasley remembers feeling as though this child was in a hopeless situation but chose to find hope in a relationship with Christ. This was one of the two major scenarios that confirmed and reiterated the call God had placed on Beasley’s heart.

As Beasley continued to grow, she stayed involved with CEF, leading Good News Club® at her local school became the next pivotal point in her journey of ministering to children. During one of the Christmas lessons, she asked those in attendance if they had ever heard of the Christmas story, something that was a norm for her growing up. Beasley remembers only four of the 17 children having heard the true Christmas story prior to their lesson for that week. Through this encounter, God confirmed with Esther that no child should have to go through their lives never having heard the good news of Jesus. These two scenarios established a passion that Esther continues to pursue in her adulthood.

As director of the Omaha CEF chapter, Beasley is heavily involved with ministering to children coming from challenging life circumstances. Contrary to many believing the state of Nebraska simply being a farming state, North Omaha is home to multiple cultures, gangs, and poverty-stricken children. In an interview with Lydia Kaiser, Beasley states that their ministry engages the school with the highest numbers of drop-out students, as well as ministering in the local parks throughout their community in the inner city. Due to their outreach, kids who are without prior knowledge of Christ are able to hear about the hope and love Jesus offers them. Those ministered to often involve children who live in multigenerational homes, where there is little attention given to seemingly common practices among children. Beasley recalls a time when one of the children she was ministering to simply wanted to reach books with her. He was about five-years-old and kept requesting a book concerning a raccoon living through a traumatic experience. Through their reading time, Beasley was able to offer a sense of safety in spite of a difficult living environment for this child. She continued to display the love of God in her attitude, leading a young woman to acknowledge the kindness Beasley continuously shared with those of diverse backgrounds, something somewhat foreign in the segregated community she was living in. God called her to live in an environment where she is uncomfortable to reveal the hurt of the world around her.

Beasley continues to use her experience in CEF and her community to lead those under her ministry as director of her local chapter. As a leader for CEF, she has learned that God does not always call people to lead in a manner they are comfortable with. She shares that her heart is, and always will be, with educating children of the love God has for them. As a director she is finding that God utilizes individuals in various capacities to further His goals. Currently, Beasley feels God is stretching her in a new manner as she explores how to grow the ministry she has been trusted with. Her ministry extends beyond the world of education for CEF and encompasses the realm of “business” as she establishes training for volunteers, and staff. Beasley has taken it upon herself to empower those working with her to utilize various tools in order to expand their ministry further than where it is today. She stresses the importance of the roles needed to be filled for their chapter to run smoothly. Be it a place in finances, or in simply writing thank you letters, Beasley feels each task should be completed with a ministering mindset.

Esther Beasley has learned to embrace the irregular when pursuing the call of God. From a moment with a young child trusting Christ while Beasley was in an unfamiliar setting, to leading individuals in her local CEF chapter, she constantly seeks God’s hand in her ministry. The uncomfortable beginnings she had while visiting her brother flowered into an acceptance of God’s will whatever it may be, and wherever it may lead.